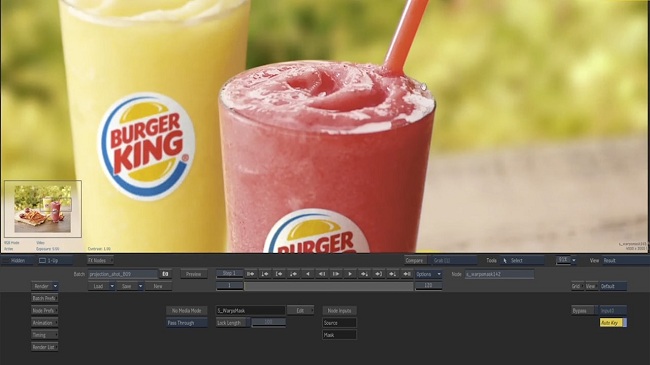 In the visual effects industry, it’s not enough to be good…you have to be good and fast. Taught by John Geehreng, this course will show Flame (and Smoke) artists how learning the basics of a few programs and learning advanced strategies can dramatically improve their skill-set and help them get better results faster. Geehreng is all about finding the right tool for the job, so he not only takes advantage of Flame’s wide array of modules, but also uses a ton of other programs to support his Flame and Smoke work.
This course will cover some of the very basics of Maya, PFMatchIt, Nuke, Mocha, After Effects, and Particular, honing in on the specific features of these programs and how they can supplement Flame’s already powerful toolset. Having used these programs in conjunction with Smoke and Flame for years, John has developed a number of useful tricks and techniques that he is excited to share with you.
Geehreng is one of the most well-rounded VFX artists in New York. In fact, he might be the only Flame artist with a Character Animation Reel. Having started in Broadcast Design over a decade ago, he taught himself Maya, After Effects, Avid, and Smoke which served him well at his next job as a Junior Smoke Operator in a highly-regarded Editing Studio. There he was introduced to Compositing, Retouching, PreVis, and 3D-Tracking. He taught himself Shake, Combustion, Boujou, and Matchmover in addition to a number of now-defunct programs. It was also there that he was introduced to Flame and knew it was exactly what he wanted to pursue. He has been learning more and more about Flame and a wide variety programs ever since.