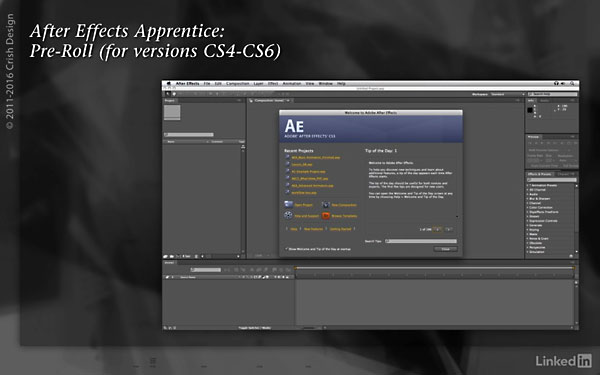 Info: This short course is designed for those who have never used Adobe After Effects, or those who might need a refresher course on how it is laid out. Chris Meyer takes a whirlwind tour through the program, helping overcome the “blank canvas” fear that confronts many the first time they launch the program. It will serve as both an excellent introduction to the After Effects Apprentice lessons on lynda. com, as well as a preliminary overview for any new user before launching into their first tutorial or class. Exercise files are included with the course. The After Effects Apprentice videos on lynda. com were created by Trish and Chris Meyer and are designed to be used on their own and as a companion to their book After Effects Apprentice. We are honored to host these tutorials in the lynda. com Online Training Library?.