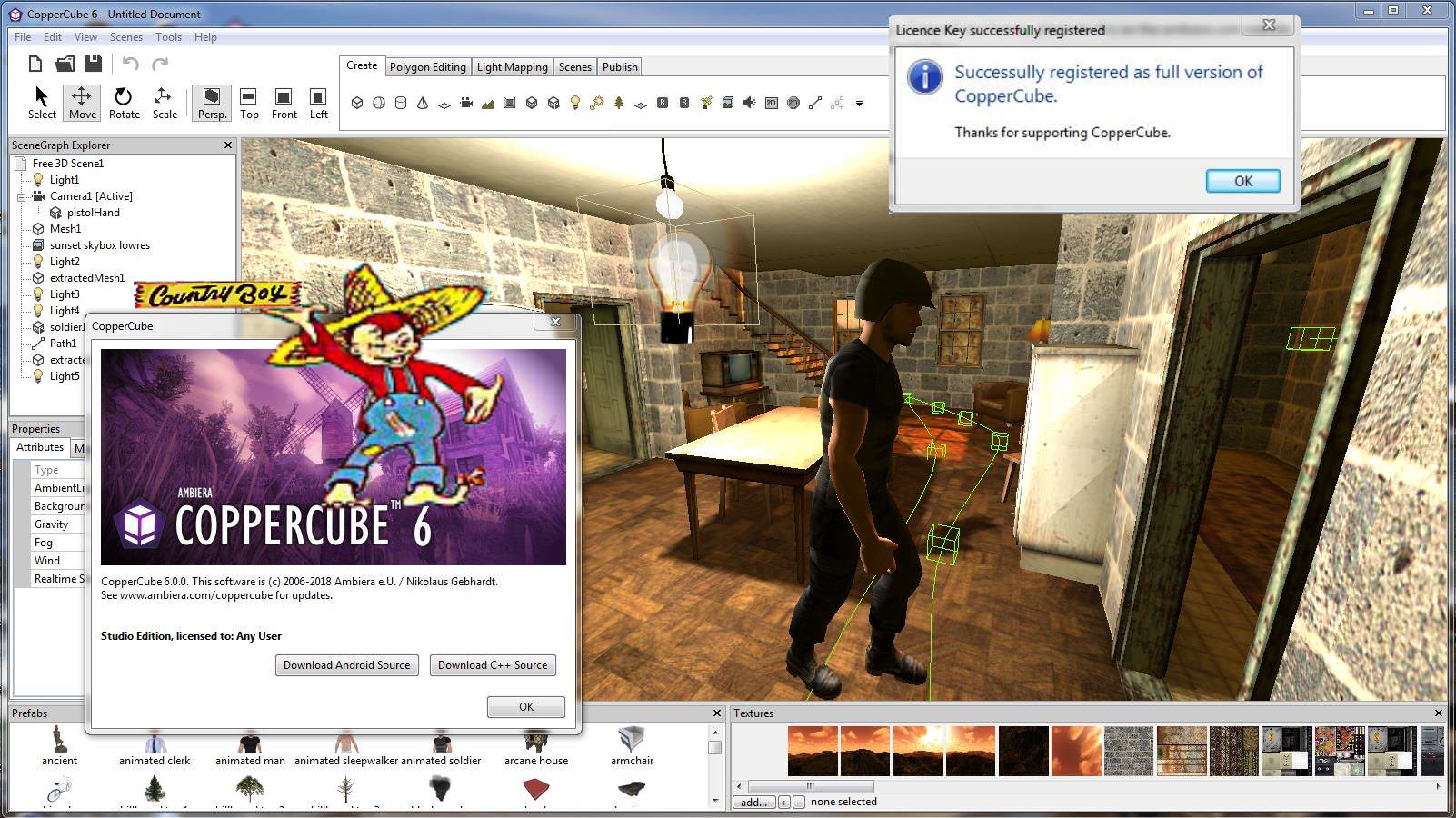 Info:
CopperCube is the most easy to use 3D game engine. 3D authoring tool for creating games, 3D apps, and websites.

CopperCube is a 3D authoring tool – create 3D websites, apps and games without programming.
CopperCube is an all-in-one 3D game engine. Very easy to use. No programming needed.
It creates Mac OS X and Windows apps, WebGL and Flash websites and Android apps.

3D games created with CopperCube also run on iOS 8 via WebGL. You don’t have any programming skills for this, you can click your apps and games together from existing actions and behaviors. But it also offers a scripting interface for advanced users.
It supports everything from terrain, particle systems, character animation, effects, physics, video playback, network communication, iOS 8 (via WebGL), shader programming, animation blending, and more.

You can create interactive 3D scenes without programming, or even create whole games.
CopperCube includes a terrain editor. Terrain can be drawn with height painting tools directly in the editor, textures can be painted quickly with automatic texture blending into the terrain. There are also tools for placing grass and bushes, and for distributing meshes automatically over the terrain.

CopperCube supports rendering realistic looking water surfaces on all targets. Higly customizable, you can create everything from it: Lakes, Rivers, and Oceans.
It even works quite fast on slow targets such as WebGL. Water color, transparency, flow direction, wave shape and more can be adjusted easily. shader programming.Single Click Web or App Deployment.
Show your 3D scene directly on your website : Import your 3D files into CopperCube, Edit your scene in the editor, Select ‘WebGL’ and click ‘Publish’, Done!

Want to create a Android mobile app, Windows .exe, or Mac OS X .app instead ? Select that target and click ‘Publish’. That’s it !