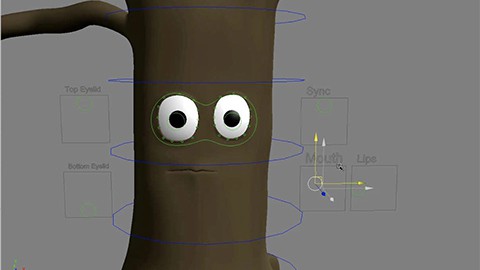 The course features an original short film created especially for fxphd. The 45-second short tells the tale of Larch, a cranky old tree whose branches seem to be a magnet for kites, balloons, and anything else that escapes the grasp of kids in the nearby park. But when one of those kids tries to reclaim his lost balloon, Larch does not want to give it up.

Lucas Martell is an animation director best known for his short film “Pigeon: Impossible” which has been shown in over 250 festivals in 43 countries, and won more than 20 awards including Best Short at the Oscar-qualifying Montreal World Film Festival. “Pigeon: Impossible” was also a viral hit, having passed 8 million views on YouTube. Lucas is currently working on his next animated film “The OceanMaker.”
course syllabus
Class 1: Story – This class discusses how to come up with ideas, choosing the best one, and the writing process. We also thumbnail some story ideas to start bringing the project into the visual space.
Class 2: Previs – In this class we create some rough temp models, figure out the camera angles, and get the story working in 3D. We also start to model Larch, our cranky old tree character.
Class 3: Asset creation – This session focuses primarily on rigging Larch and our boy character. We also build a basic environment to round out the frame.
Class 4: Blocking 1 – With our assets built and characters rigged, we now start blocking in the animation. We also decide on the final layout, lock down the camera, and add some temp SFX.
Class 5: Blocking 2 – The second half of the film focuses on what happens when the boy enters frame, and paying off the dilemma we have set up. This really expands our exploration of poses, as we now have two characters interacting with each other.
Class 6: Animation Act 1 – Here we refine the animation for the first act of the film. We also talk about animating a character who is basically just a head, as well as de-mystifying the black art of facial art.
Class 7: Animation Act 2a – Act 2 is more physical, allowing us to address animation principles like timing, overlap, squash and stretch… This class also gives some personality to the balloon.
Class 8: Animation Act 2b – The boy enters the scene, allowing us to apply our animation principles to a full-on biped character.
Class 9: Animation Act 3 -The action comes to a head as Larch finally rids himself of the pesky human. But just when you thought it was over… TWIST! Here we talk about timing, and some nuances that can really help land the big joke.
Class 10: Wrap-up – This final class allows time to tie up any loose ends, address outstanding questions, and put some final polish on our animation. There is also a fun end tag that will really take the story to the next level.