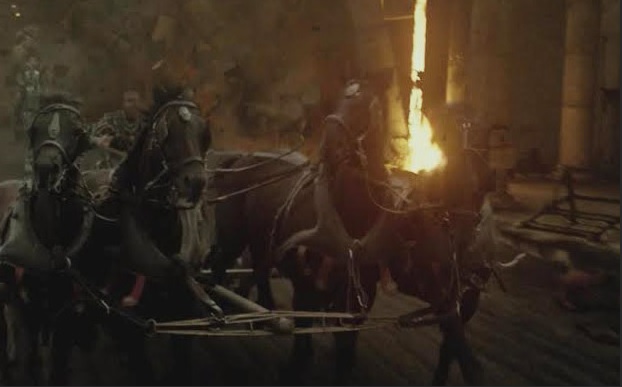 Info:
Using the power of Houdini and it’s native fluid solver, PyroFX, Ruben will show you how to create state-of-the-art, high-impact pyrotechnic effects. You will cover some of the most commonly used visual effects along with learning everything from sculpting coloured smoke plumes through to burning down whole cities!

You will start with smaller simulations so that you are familiar with the solver before creating more complex setups. Using Houdini’s flexibility to build custom shaders and microsolvers, you will be able to create highend FXs.

Ruben’s overall aim is to help you push the boundaries of what’s possible in a feature film production pipeline. You will also learn how to optimize your workflow and productivity.

Every shot will be approached from a professional production perspective utilizing industry based workflows to make the most of your visual effects. By the end of the course, you will be able to create spectacular visual effects shots and build your own custom otls for Pyro.

Ruben is currently an FX TD at Sony Pictures Imageworks Vancouver, working on the 2015 release: Pixels. Prior to that he was in Toronto working as a FX TD for Mr X. Inc where he starting working with Houdini and developing tools that he went on to use on Resident Evil, Retribution, Carrie, Pompeii and others.

Ruben has also worked at The Mill in London, contributing to productions such as Dredd, Merlin4, Sinbad, Dr Who and Sherlock.
WEEK BY WEEK OUTLINE
Week 1 – Colored Smoke and Vorticles

This lesson will cover how to setup custom shaders and how to add colors to our fluids.

You will also learn how to build microsolvers

There’s an art to getting detailed and realistic smoke columns that typically, is overlooked. We will be looking at the different approaches to creating realistic effects such as these. It is a very indepth topic with many aspects to cover.

The aim is to prepare you to art direct the many looks you can create within PyroFX!

This week we will focus on a favorite of effect of many blockbuster Hollywood films – a destructive pyroclastic cloud wiping out a house!

This week is part one of how to deal with the fundamentals of creating realistic fire effects for feature film production.

We will start with small scale fires and over the next two weeks, we will advance to burning entire cities to the ground.

This is week is part 2 of our focus on fire! This week should see us move into the area of whole cities burning to the ground.

Over the next three weeks, we will over how to build several OTLS to generate powerful explosions involving several simulations: fire, smoke, dust, shockwave, fireball, etc..

This is a very complex part of the course and requires a full three weeks of concentrated learning.

This is the second week of out learning how to building OTLS. We will continue to build on what we have learnt so far and head towards a final explosive week!

During the final week of the course we take everything we have learned and turnit up to eleven!