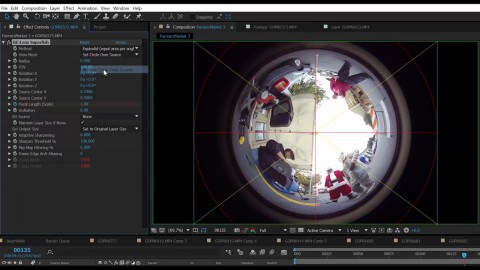 Info:
Intelligently slow down or speed up your image sequences with visually stunning results. Twixtor uses optical flow tracking on 360 footage taking into account the connectedness of the left and right sides of the 360 video, as well as the top and bottom. World class motion estimation
Twixtor is more accurate and exhibits fewer artifacts when there are objects crossing in the scene. This means less tearing and stretching of objects as they cross or go out of the frame.

Frame by Frame
Keyframable retiming for complete control on a frame by frame basis.

Retime 360 video
Twixtor tracks 360 footage and retimes properly taking into account the connectedness of the edges of the sides as well as the top and bottom.

Enhance Dark Imagery
Option to automatically enhance dark imagery or imagery with poorly defined edges. In many cases, footage that was difficult to track becomes much more well-behaved upon retiming.

Cuts Marking
Support for marking material so that Twixtor does not motion-interpolate across a cut.

RGB+A Tracking
An option that uses the alpha channel to help tracking of dark images with mattes. This is especially useful for CG, masked and/or keyed material.

Track Point Guidance
Up to 12 user-defined points can be specified to help guide Twixtor’s motion estimation. By using the tracking points you can explicitly tell Twixtor where a pixel moves from one frame to the next in order to guide Twixtor’s calculation of motion vectors.

Spline Guidance
When Twixtor exhibits tracking problems, you can guide Twixtor by simply creating and animating shapes to show Twixtor where objects are actually moving. Interactive feature registration is directed by using the host program’s splines.

Motion Vectors Export
Ability to output the motion vectors that Twixtor generates internally. This powerful feature comes with visual debugging modes to more intuitively assess and tune the quality of the motion estimation. The motion vectors can then be used elsewhere in the pipeline.