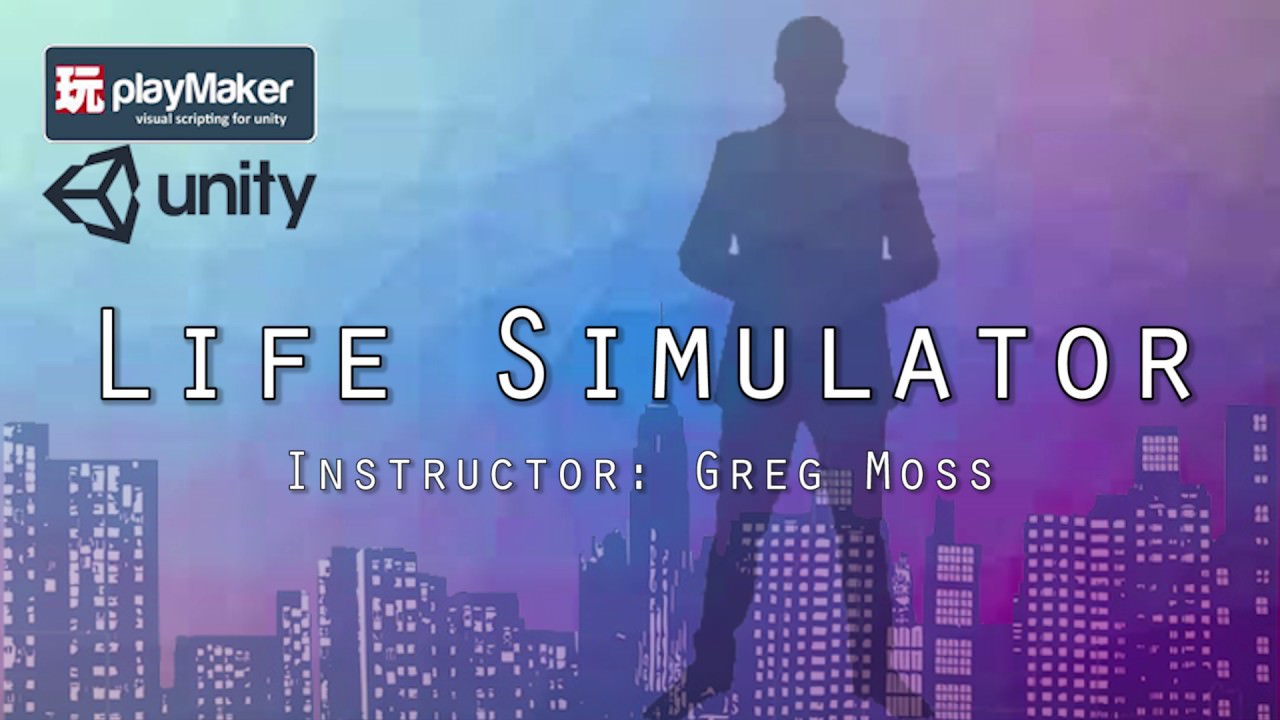 Important! To following along with this course you must own playMaker. It can be purchased on the Unity Asset Store! It is also one of the best Unity Assets you will find.

This game design was inspired by some of the most popular Life Simulator Games. Specifically, in this course we implement many of the features in Homeless?. It is available on the Google Play Store.

Learn the power of visual programming:

Start from the very beginning and follow step-by-step. The course is designed for complete beginners

This course is fast paced and focused on building your game. Although this is for beginners these are not boring lectures with fillers. Each lecture you will be learning to design games and building on your game

Learn to build a complete game in Unity 3D with no C# programming required for any of the game.

Clear, easy to understand lectures that are paced to make it fun and easy to learn Unity3d & PlayMaker

Created by OdooClass Videos… creator of Idle Business Simulation for C# enjoyed by over 1,000 students

Why would an experienced C#, Python, or Javascript programmer be interested in PlayMaker?

There are several reasons why even experienced programmers may wish to experiment with PlayMaker.

Building games in PlayMaker vs C# allows you to look at game development from a different perspective.