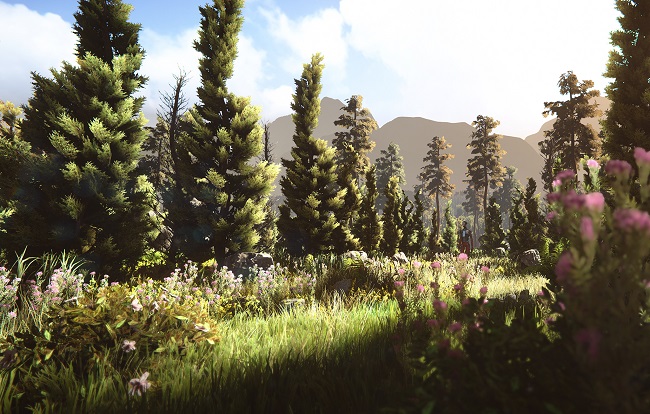 New Features
– New release: SpeedTree Games Unity Subscription
8.3.0 marks the first time SpeedTree v8 for Unity has been made publicly available.
– New product: SpeedTree Games Indie
SpeedTree Games is now available with features from our top end modeler at a lower price. FBX/OBJ export, photogrammetry tools, and the full power of SpeedTree integrations at indie pricing.
– EULA changes
Revenue caps have been added to several product offerings as shown below:
. SpeedTree Subscription ($19/month): Limited to studios/teams with yearly revenue under $100K
. SpeedTree Indie ($999/year): Limited to studios/teams with yearly revenue under $1M
. SpeedTree Full License (Per title/platform): For UE4 custom licensees, studios requiring a site license, or with a yearly revenue of over $1M
– “Lock to Parent” added to Mesh generators
This option, when checked, forces meshes placed on branches to fit themselves to the length of the branch. Uncheck this option to allow variable sizes.
– “Flip normals on backside” application preference
When this option is not enabled, the backsides of two-sided materials are rendered with flipped normals in order to be more compliant with PBR rendering. This can result in jarring lighting on some models. This application preference has been added to control this behavior and will be used during billboard rendering.
Bug Fixes
– [CRASH] Growth export
A bug that caused crashes on a subset of models during animated growth exports has been fixed.
– Orphaned generators
Models saved from earlier releases could have deleted generators present but not visible in the Generation Editor. This situation caused errors in generator layout and has been fixed.
– Materials in XML exports
A bug has been fixed that was preventing material information from being saved in XML exports.
– Leaf reference material IDs in XML exports
A bug has been fixed that was preventing leaf reference material IDs from being updated in unwrapped XML exports.

About Speedtree Games 8. SpeedTree Games 8 is the latest iteration of our award-winning 3D vegetation modeling software. SpeedTree for Games is now available with features from our top end modeler at a lower price.