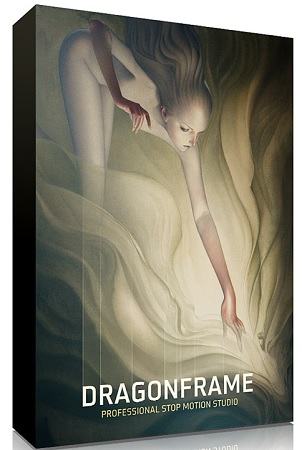 Info:
Dragonframe 3.6.5 is the next generation of our image capture software for stop motion animation.

Stop motion animation (also called stop frame animation) is animation that is captured one frame at time, with physical objects that are moved between frames. When you play back the sequence of images rapidly, it creates the illusion of movement. If you understand how 2D drawn animation (early Disney) works, stop motion is similar, except using physical objects instead of drawings.

Dragonframe is an excellent frame-grabber, with tools such as step-to-live, onionskinning, auto-toggling, and drawing (virtual grease pencil). Dragonframe has innovated in the world of stop motion software by pushing the functionality beyond frame grabbing to provide a full assortment of production tools.

Whether you are a independent filmmaker working on a project in your garage, a small crew working on a commercial, or a major studio making a feature film, you will find that Dragonframe has the tools you need to create amazing stop motion animation.