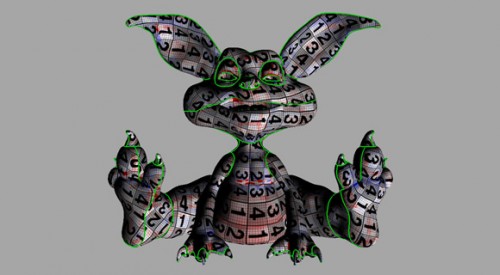 Info:
UVLayout is a stand-alone application for the creation and editing of UV texture coordinates for 3D polymeshes and subdivision surfaces. Used by professionals in the games and visual effects industries, by hobbyists of all types and by students, UVLayout?s unique approach gives texture artists the tools they need to produce high quality low distortion UVs in significantly less time than they would by traditional methods.
Using UVLayout could be described as the opposite of dress making; instead of cutting out a flat pattern and sewing that up to make clothing, in UV/Layout the object is cut into pieces that are then flattened out to make the pattern. These flattened UV shells are not just planar projections; a dynamics based algorithm is used to spread the UVs out, as you watch, so that there’s minimal stretching, compression or skewing of textures when they’re applied to the object.