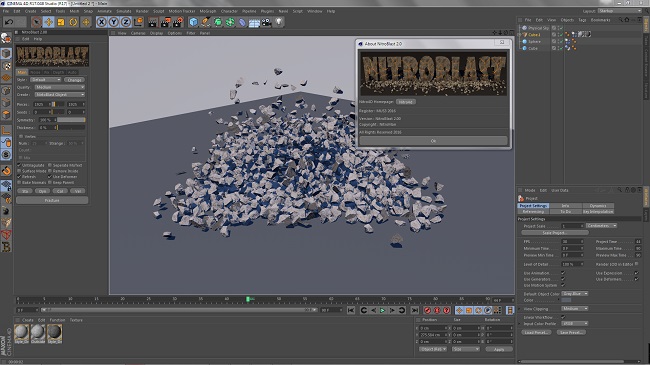 Info:
A new fracturing plugin from the creator of Thrausi and Catastrophe. Allowing completely automatic, collision driven fracturing, Nitroblast is written from the ground up to be faster, bigger, more powerful and better from all angles than the previous fracturing plugins.
Even though it?s numerous, powerful features, it was designed with simple, easy to use interface in mind. Features include:
Autobreak: Completely automatic impact based fracturing: You don?t have to do anything, just run a dynamics simulation or even a custom animation with 2 objects colliding, and the auto-break will do the rest. It will break the objects based on their impact point. It supports:
? Multibreak for multiple colliders on an object,
? Deepbreak (as described below)
? Flip Object