The Gnomon Workshop – VFX Animation for Television with Elaina Scott 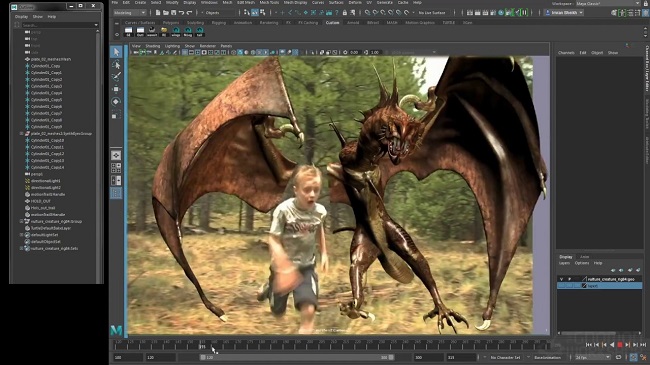 Info:
In this tutorial, Animation Supervisor Elaina Scott shares her creature animation workflow for television visual effects. She begins by animating a flight cycle with the Dragon rig fromTruong CG Artist, model, shader and texture byStellan Joerdens, as well as discussing the mechanics of flight. Elaina goes over how to import a camera track that a Tracking and Layout artist would give you, blocking out the path of the actor in the plate, blocking in the initial rough timing and performance of the dragon creature, then addressing client notes. She then takes the animation to final, adding secondary accents to the creature which add an extra level of believability and realism. Weight and the physics of changing inertia are also discussed and demonstrated. For those interested in the creature animation workflow on a television schedule, this title offers invaluable lessons on efficiency, performance and production techniques.