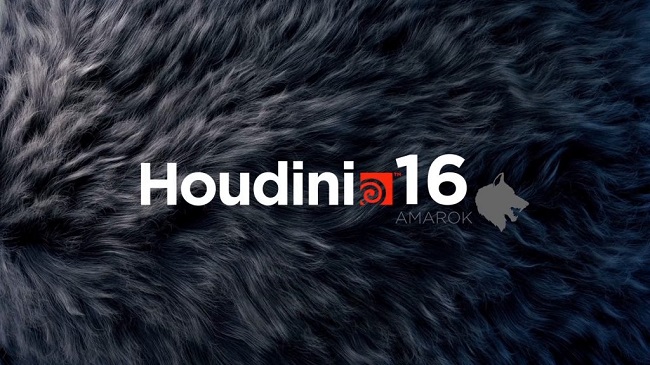 END_OF_DOCUMENT_TOKEN_TO_BE_REPLACED

SideFX Houdini Master – a powerful program for modeling and creating special effects, while a functional set of 3D graphics. The program allows you to produce complex images without the need for additional plug-ins or a group of programmers. Film industry can rely on Houdini Master to creating incredible video effects and animation. Among the innovations the tenth version is worth noting the possibility of using multiple computers together within a local area network, to simulate the behavior of fluids, Pyro FX, new tools for creating smoke and fire, technology, Interactive Photorealistic Rendering (IPR) to quickly view the changes being made in light of three-dimensional scenes, work with the stereoscopic data. Houdini Master is the availability of tools for creating dynamic and visual effects with particles.

Fur:
You can now create a clear part line in combed fur by using the Add Parting tool on the shelf.
Replaced parameters on the Fur Object for specifying how thickness, frizz, and color vary along the length of each hair with ramps.

Network usability:
The network editor now has a toolbar to allow easier access to network functionality. Use the network editor?s Gear menu to turn the toolbar off.
Sticky notes in the network. Press Ctrl + P to create a new note. More information.
You can now nest network boxes inside each other.
Improvements to wiring.
Shaking a node disconnects it.
Dropping a node onto a wire connects it. Hold ? Shift to connect the next free input instead of the first one. This new behavior is disabled if you turn selectable wires off in the main preferences.
Dropped nodes now automatically snap to line up with their parents and siblings.
Holding ? Shift while dragging a node will move it with its children, and holding ? Shift + Ctrl will move the node with its parents. You can also turn on a checkbox called Move Tiles With Their Children on the Network editor page of the main preferences, which automatically move it together with its children.
You can now press B in the network editor to quickly set/unset the bypass flag on the node under the mouse pointer. Press ? Shift + B to set/unset the bypass flags on the selected nodes.
You can now use the HOUDINI_NODE_WIDTH environment variable to control the width of nodes in the network editor. The variable is a multiple of the flag width.
The ?current? node (the node displayed in the parameter editor) is now marked in the network editor with a dark outline when it?s not selected.

General usability:
Motion Effects let you very easily override a parameter with a CHOP network, allowing you to quickly apply an effect such as jitter or overshoot. More information.
There is now stereoscopic viewing in the viewport, a stereo camera rig, stereoscopic rendering in ROPs, and stereoscopic MPlay and IPR viewing. The stereo camera rig is also on the Lights and Cameras tab of the shelf. More information.
Better display and manipulation performance.
Multi-line editor fields, such as on the Code tab in the type properties window, now feature a toolbar with common editing functions.
Expression evaluation is now faster.

All rights reserved. All trademarks contained herein are the property of their respective owners.

Houdini Master is the most complete visual effects and animation solution available. This award-winning and production-proven product handles the most challenging shots without the need for additional plug-ins or an army of programmers. Film production facilities can rely on Houdini Master to help them create stunning feature film effects and character animation. END_OF_DOCUMENT_TOKEN_TO_BE_REPLACED

Houdini Master is the most complete visual effects and animation solution available. This award-winning and production-proven product handles the most challenging shots without the need for additional plug-ins or an army of programmers.
Film production facilities can rely on Houdini Master to help them create stunning feature film effects and character animation. END_OF_DOCUMENT_TOKEN_TO_BE_REPLACED