The software is not the full game but contains core information about it.

Developers Valve have confirmed that the software that has appeared on the net is indeed the computer code behind the game.

It includes the physics engine, the sound system and various other pieces of code from other developers, but not any of the levels or the graphics.

Half-Life 2 (PC)
Once again players assume the role of Gordon Freeman, a scientist destined to save the Earth from hordes of gruesome alien attackers. Half-Life 2 takes computer games to a new level of realism with incredible in-game graphics that recreate familiar-looking city streets, and blend them with strange and grotesque monsters, resulting in a believable and at times unsettling environment. Objects and characters feature accurate physics properties, behaving with the appropriate mass, density, and physical properties of their real-life counterparts. Extremely intelligent computer AI result in enemies that plan, adapt, and respond to the player’s actions. 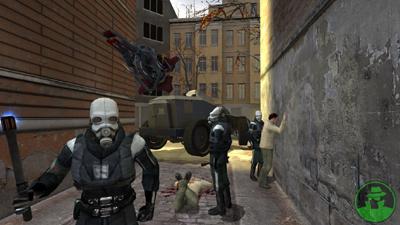