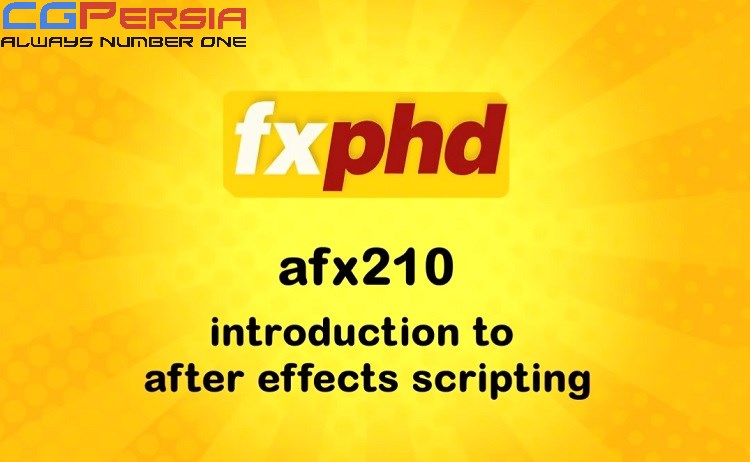 This course, taught by Lloyd Alvarez, will provide an introduction to the main scripting tools
available in Adobe After Effects versions CS3 and above. Scripting automates tedious tasks that
can be done by hand in After Effects so a good working knowledge of After Effects is strongly
recommended before taking this course. After Effects can be scripted in ExtendScript (Adobe?s
extended implementation of JavaScript.) on both mac and windows as well as Applescript on the mac
and Visual Basic on Windows. This course will only cover ExtendScript because of its cross-
platform nature and larger resource base due to its JavaScript foundation.

Based in New York City, Lloyd Alvarez is a highly demanded multi-disciplinary freelancer, from
art directing and design to compositing and animation. Lloyd began scripting in After Effects to
solve workflow problems for his freelance projects and soon began sharing them with the community
starting with his very popular BG Renderer script. He has since released several more very
popular scripts and is now the curator of aescripts.com, which is the top destination for the
best After Effects scripts from the top authors from around the globe.

Most of our intro courses are ?100 level?, but due to the base level of After Effects knowledge
needed for scripting, this course is targeted at the intermediate level.

Class 1: Basic overview of what scripting is and a brief overview of what will be learned over
the whole course. We will also begin writing our first script that will cover the fundamentals
covered in lessons 1-3. Introduction to the After Effects DOM model and variables. Overview of
the resources available for AE scripting and how to use them. Finally a quick overview on how to
install and run scripts.
Class 2: Introduction to ExtendScript Toolkit – the full-featured JavaScript debugger that comes
with After Effects and the application in which we will create all the scripts in this course.
Introduction to variables, operators, arrays and basic user interface controls.
Class 3: Introduction to conditionals, loops and functions.
Class 4: Script assignment 1: DSLR cinematography workflow offline clip creator script. Subjects
covered: Basic error checking. Looping through project and create comps from footage items. Add a
text layer to each comp with an expression, add items to the render queue and set a custom
destination.
Class 5: Script assignment 1 continued.
Class 6: Script assignment 2: Promo version maker script. Subjects covered: Importing data from a
text file, iterating through comps, replacing text layers’ source text property, adding items to
the render queue. Basic regular expressions.
Class 7: Script assignment 2 continued. Subjects covered: Creating and using custom objects.
Class 8: Script assignment 3: Search projects for layers and do… script. Subjects covered:
Creating a ScriptUI user interface, searching entire project for layers, working with individual
layer properties.
Class 9: Script assignment 3 continued.
Class 10: Script assignment 3 continued.

One comment on “FXPHD – AFX210: Introduction to After Effects Scripting”