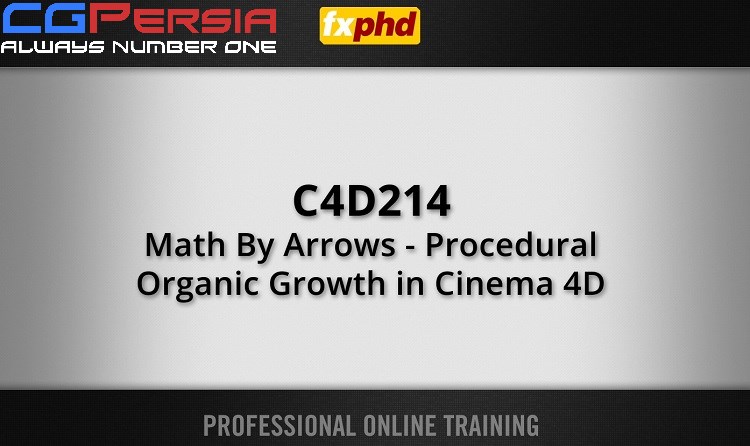 Class 1: In this class we lay the foundation for everything that follows throughout this course. We get to know the euclidean space and understand vectors from a geometric point of view. Then we?re ready to have a look at the most basic geometric primitive, the point. Once we are familiar with these points and arrows we learn about operations between them like adding and subtracting two vectors and multiplying them by a single number.
Class 2: Now we elaborate on vectors. We learn about linear combinations of vectors and how to represent a line inside a computer system in may different ways. We review the line equation in standard and slope-intercept form.Then we have a look at lines as parametric equations and finally as a linear combination of vectors.To illustrate the new concepts we build a linear distribution expression with Xpresso.
Class 3: This class continues with the linear interpolation expression from class 2. We enhance the expression by adding a MoGraph style effector based on distance. Therefore we discuss distance and the length of vectors. The pythagorean theorem is reviewed and visually proven. In the second part of this class we start with our discussion about circles. A polar coordinate system is introduced. Finally we have a look at radians vs. degrees to measure angles as a preparation for trigonometry that comes in class 04.

Class 4: This lecture brings a discussion of the trig functions sine and cosine as a way to convert between a polar and a Cartesian representation of the circle. Then we describe the circle as a weighted combination of vectors. An introduction to spline curves as triple linear interpolation over t follows. Chaikin?s Curve is explained. Finally we focus on Bezier curves. We explore the De Casteljau algorithm to calculate spline points and build a Bezier curve from scratch inside of C4D.

Class 5: In this class we enlarge upon Bezier curves. From the geometric interpretation we derive the explicit formula for Bezier curves and find the Bernstein polynomials. After having a deep look at t and the parameter space we have a look at the ?Align To Spline? Tag, Sweep Nurbs and MoSpline inside of C4D to see what they?ve in common. We finish the class by discussing the different methods for ?intermediate points? on splines in C4D.

Class 6: In this class a baroque ornament is built and made grow. First we discuss curve continuity, tangents and curvature of splines and what makes a spline appear smooth. Then we draw and import ornament splines and use them to model a baroque ornament inside of C4D. Different possibilities for growth are discussed and after choosing a route the ornament is prepared for applying growth expressions in the next class.

Class 7: In this class the baroque ornament asset is finished. We build an Xpresso expression to grow an individual vein and discuss the idea of creating a self contained component out of this growing vein. Then these components are used to build the entire hierarchical asset. We have a look at relative references and user data to create individual veins that attach to each other automatically.

Class 8: This time we have a look at ecosystems. In detail we focus on the distribution of plants on the plane. To mimic this behavior inside the computer we create a dart throwing algorithm with Thinking Particles in C4D. We write a python node to be able to perform two iterations over the particle array per frame. TP execution order and groups are explained.

Class 9: Finishing up with ecosystems.

Class 10: This class focuses on phyllotaxis, the science of the distribution of individual parts on plants. We analyze how different species grow and discuss the scheme that?s responsible for the look of plants like pines or palm trees. Then we develop a Xpresso expression to mimic this behavior inside of C4D. Finally I show you a finished phyllotaxis Generator to generate different types of plants. These can then be used to populate the ecosystem, created in the last two classes.