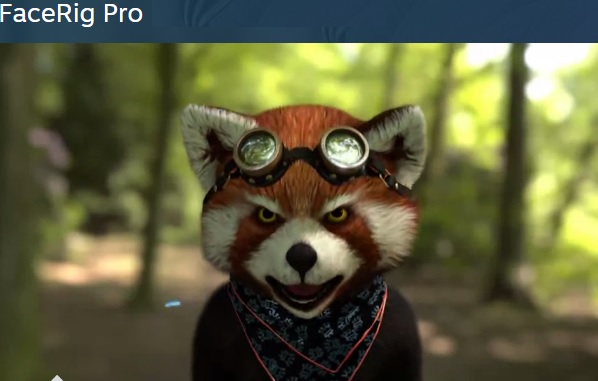 FaceRig began as an evenings and weekends project for us; we were wishing that there was more we could do with the characters we inhabit when playing games. Most of the time we use them for a while, mostly just to kick some butt, then we finish the games and abandon the characters sooner or later. In this discussion a lot of ?what if?s were born, that got us really excited.
WHAT IF
We, as gamers, could webchat on Skype or Google Hangouts or any program for that matter, as our characters, with their complete expression palette? Something like instant digital cosplay?
WHAT IF
We could have also some real time form of voice pre-processing, so that we can tune our voice to be more like that of the character?
WHAT IF
We could have physics simulations, particle effects complex real-time lighting, what if the characters were rendered in real time as close as we possibly can to (ideally) Pixar movie quality?
WHAT IF
This would be really affordable, maybe just cost as much as a fancy sandwich. Why should real time character driving should be only for mocap studios with their yearly multi thousand dollars software license and expensive mocap gear?
WHAT IF
Anyone who feels like it could design their own crazy or cool characters, and share them with the world, and also we could use other?s shared creations? How awesome would such a community be.
WHAT IF
There were tons more way to use this that we?re not even thinking of , like unconventional game input, or maybe collaborating with other game devs to standardise real time user expressions being put into games?