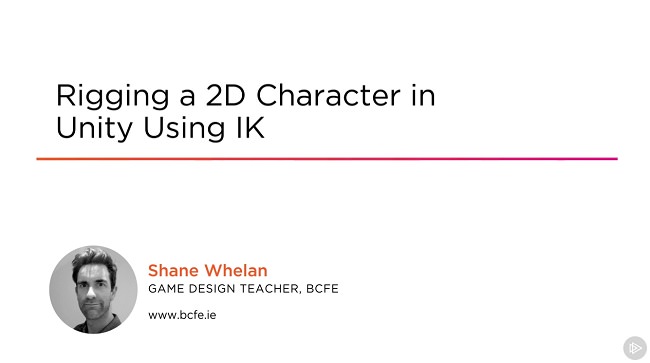 Info:
Unity have enhanced their 2D components with bone animation for sprites, including the use of inverse kinematics rigs. To get your characters to have some traction within their environment, you need to know how to set up characters so they can be controlled by objects outside their hierarchy. In this course, Rigging a 2D Character in Unity Using IK, you will gain the ability to set up a character so that it’s feet never miss the ground when being controlled by a player. First, you will learn how to assemble a 2D character from sprites, and set up those sprites to be controlled by nones. Next, you will discover how to integrate particle systems with sprites. Finally, you will explore how to create a handful of small rigging components of your own to drive objects outside the character’s hierarchy, and keyframe a 2d character walk cycle that dynamically adapts its footsteps to undulating terrain. When you?re finished with this course, you will have the skills and knowledge needed to adapt these concepts to creating a 2D Inverse kinematics rig of your own. Software required: Unity.