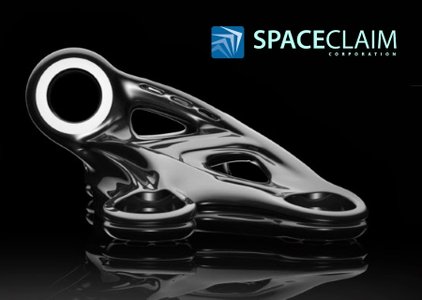 ANSYS, a global innovator of engineering simulation technology, and SpaceClaim, the leader in 3D Direct Modeling solutions for rapid concept design and geometry manipulation, has released update of SpaceClaim 2016. This is exciting news in the world of Software, CAD and 3D Printing.

SpaceClaim is a leading CAD and Geometry software in industry. It is used in a variety of professions ranging from additive manufacturing, architecture, engineering and construction. The aim of SpaceClaim is to allow users to be able to run CAD processes faster and easier, this has meant simplifying interfaces, removing unnecessary tools and changing processes which can delay the design process such as structure trees.

SpaceClaim is used both in industry and education. Companies such as General Dynamics, Toyota, Ford, Volvo and SAAB are just a few users of the software. They have chosen the software as it best fits within their design processes and has benefited them in numerous ways.

What new in SpaceClaim 2016

3D Printing
One major change and addition to the 2016 iteration was the ?shrink-wrap tool?, this allows for better preparation of models that will be 3D Printed as the tool provides instant clean-up, watertight and smooth faceting functionalities which ensures that the model will fit the purpose it is to be used for. This addition will help users to quickly prepare files that may have disjointed connections and overlapping shapes.
Reverse Engineering
SpaceClaim also offers a reverse engineering tool which allows the user to take a model and change its structure to fit another purpose, the tool has had an addition with the ?Skin Surface Tool ?which gives the user the ability to choose a specific surface on a model and precisely change small features.
General Improvements
There have also been general improvements on the design front too as navigation, locking and changing dimensions of models have been made a lot easier. Some of this is aided via scripting as repetitive tasks can be executed at once without constant user intervention. SpaceClaim has also integrated rendering software KeyShot within its functions which allows for high quality visualisations of a model which is particularly useful for product mock-ups.